The Small Claims Track (often referred to as the Small Claims Court) is the place to go for disputes worth up to £10,000 but in fact half of the claims in that Court are for less than £500.  If you go there be prepared for delay, a confusing mix of online portals, paper-based processes and a lack of support. This is where the Small Claims Portal (SCP) comes in to provide invaluable help and support at all stages of your small claims journey.

It is possible to start a claim for money online in the Courts although the paper process continues to run alongside the digital version.  Please bear in mind there is not one but two Government portals through which a money claim may be made.

Money Claims Online (MCOL) was developed some years ago and looks it too, compared with modern platforms.  MCOL is likely to close in 2022 with the work being transferred to the more recent portal, Online Civil Money Claims or OCMC.  The rules governing its use are in a set of rules called Part 51R, here.   A knowledge of the rules is not essential as OCMC is intuitive and helps to build your claim into the proper court form required as you enter the details of your case and upload supporting documents.

OCMC is a success and Her Majesty’s Courts and Tribunals Service (HMCTS, the agency that runs the courts) say that:

“In 2021 there were 6,526 claims per month on average. The average time to get a settlement agreement using the online process is just under 1 month, compared to over 3 months using our non-reformed [paper] services.”

OCMC is not yet the complete panacea for a system that remains rooted in paper.  The digital platform is gradually being built out but so far has only reached a timetable setting stage called the Directions Questionnaire.  This asks questions about the number of witnesses you have, availability for the trial, whether an interpreter will be required and so on.

Once through that stage the case transfers into the paper-based system which is where multiple issues begin to afflict your journey including chronic delays, lost files and, if you stay the course, last-minute postponements (adjournment) of the final hearing.

There are ways to use the OCMC portal and avoid the delays and these lie in taking advantage of the invitation to mediate which involves a third party to facilitate a settlement.  Using a third party to facilitate a settlement.  This is the route mentioned in the quote from HMCTS above when they speak about “settlement agreement”.   The mediators are specially trained HMCTS staff who deal with the mediation by telephone.  The mediation lasts 30 minutes and has proven over a number of years to achieve settlement in 53% of all cases where the invitation to mediate is accepted and followed through.

Another route to avoid delays is to offer the chance to have your case resolved by looking at the documents only.  A so-called “paper determination”.  From 1 June 2022 this is being rolled out in another pilot called the “Small claims paper determination pilot”; the rules are not in force until 1 June 2022 and apply to all cases issued on or after that date.  The rules are available online here.

The Pilot will be available in 6 Pilot Courts which are the county courts in: Bedford, Luton, Guildford, Staines, Cardiff and Manchester.

In fact the process has been used since 2017 in all county courts but unfortunately the data, according to HMCTS, is not readily available.  In response to my Freedom of Information Act (FOIA) request for the data about how successful this process had been in the past 5 years, HMCTS say finding that information would take more than the 3.5 days of staff time that HMCTS is allowed by the Government to devote to answering FOIA requests.  Since receiving that response (on 16 May 2022) I have amended my request and hopefully will be provided with a more limited range of (nonetheless) invaluable data the Courts have of using this procedure. Watch this space!

A detailed explanation of the procedure will come in a later blog.  For the present be aware that for those finding themselves transferred from the digital platform OCMC into one of the Pilot Courts mentioned above you will be sent a form that invites you to agree that your case can be considered and decided by a Judge looking at the papers.  This has the advantage of avoiding a show down with your opponent in court but does mean you will not have your day in court.

The current process will presumably continue as the new rules say nothing about discontinuing that process.  The current process is available in all courts and is initiated by responding to Form N159 called a “Notice of allocation to the Small Claims Track (no hearing)”.  HMCTS kindly make available an example of this form here.

The invitation to a paper-based decision is on the first page:

“The judge proposes to deal with the claim [counterclaim] without a hearing, that is, on the papers alone but can only do this if all parties agree.

Please tell the court whether or not you agree to your case being dealt with in this way by completing the lower half of this form and returning a copy to the court on or before [court inserts a deadline].

You must at the same time send a copy of it to all other parties.”

Some commentators have said this process deprives court users of their right to a fair trial.  However both sides must agree to a paper-determination.  If both sides agree to paper determination who is to deny them their chosen route to resolution?

Paper-determinations are intended to expedite the court’s workload (already suffering massive Backlogs and that was before the Pandemic struck) but whether it will achieve that laudable aim remains to be seen.

Making a paper-based decision will involve the Judge in drafting detailed written reasons for his or her decision.  Will that lengthen (not reduce) the time involved?

Parties can appeal, in restricted circumstances, a paper-based decision. How many of those appeals will be made and (whether successful or not) by how much more will they add cases to, not reduce, the Court’s Backlog of cases?

These questions are to be answered by the Pilot which is planned to end in June 2024.  However HMCTS should instigate a review of the data by the mid-way point in 2023 if only to satisfy themselves (and their critics) that no trial is nevertheless a fair trial.

You must at the same time send a copy of it to all other parties.” 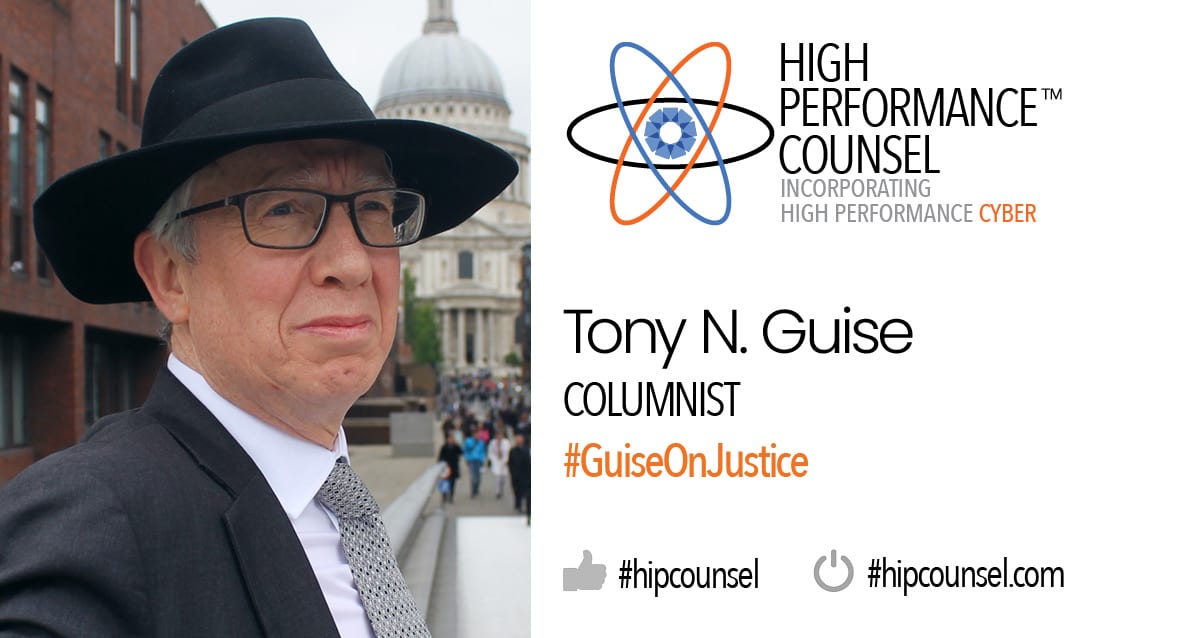 Tony qualified as a solicitor in 1986.  In 2003 he founded his own firm, the first commercial litigation niche practice in the country.

Tony has been deeply involved in the reform of the civil justice system in England and Wales for the past 26 years.  In 2016 Tony turned his attention full time to the introduction of IT into civil justice and founded companies dedicated to this market.